Is there a risk of fuel freezing?

First of all, "freezing" does not necessarily mean block freezing. However, even small solid parts in the fuel feed lines are sufficient to create damage, because they can reduce and even stop the fuel flow. To limit these effects, fuel in the more critical tanks is burned first; each airplane has an optimal sequence of fuel use in flight, following procedures established by the aircraft manufacturers. Water content in the fuel can be catastrophic.

In any case, this even is extremely rare, because the fuel can be used as a heat sink, and it can be "warmed" by using waste heat from other services. Even when this is not possible, freezing is normally entirely avoided.

Let us show a practical example. A Boeing B777 on a long range cruise flight has a bulk jet temperature as shown in the graph below, extracted from the Flight Data Recorder (FDR in the graph). 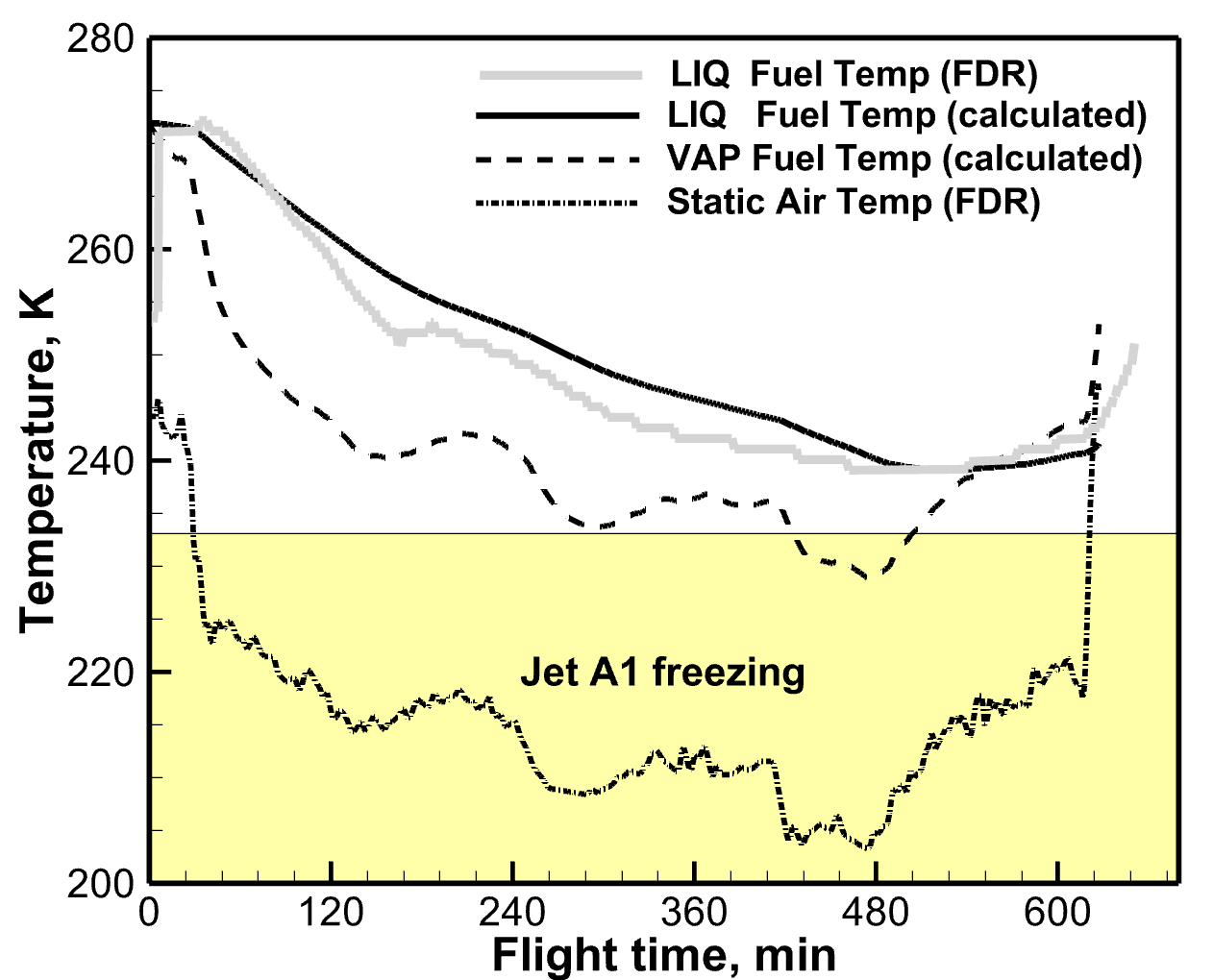 FLIGHT-X has an in-built thermo-physics model that allows the simulation of the wing tank fuel temperatures, as demonstrated above. There is always a difference in temperature between the liquid and the vapour phase of the fuel.

The thermo-physics and its numerical method is explained in one of our publications. (Chapter 15). We can provide a variety of simulations on a wide selections of airplanes and fuel characteristics.

Enquiries
We welcome enquiries to discuss your professional needs, projects, data or training.