FLIGHT-X has a set of models to predict engine exhaust emissions through the entire flight envelope. In particular, we now describe emissions predictions and accounting over an entire commercial operation, for example using the Airbus A320-211 airplane model.

In order to establish clarity on these metadata, the outputs show the key assumptions and user settings.

The direct heat release is seldom considered in environmental analysis. This is the result of hot gases being released in the high atmosphere. For example, an exhaust gas temperature (EGT) of 550 K, with a mixed mass flow rate of 200 kg/s, corresponds to discharging about 120 MJ/s into the atmosphere. This is the same as burning nearly 3 litres of jet fuel up in the air.

Whilst the result may be surprising, just consider that the thermal efficiency of modern aero engines is ~0.33, therefore 2/3 of all fuel burn ends up in heat released in the atmosphere.

With specific reference to carbon emissions, they are best described in terms of CO2/passenger, see sketch below. They are large for short range, reach a minimum at an intermediate range and then increase, first linearly and then superlinearly. 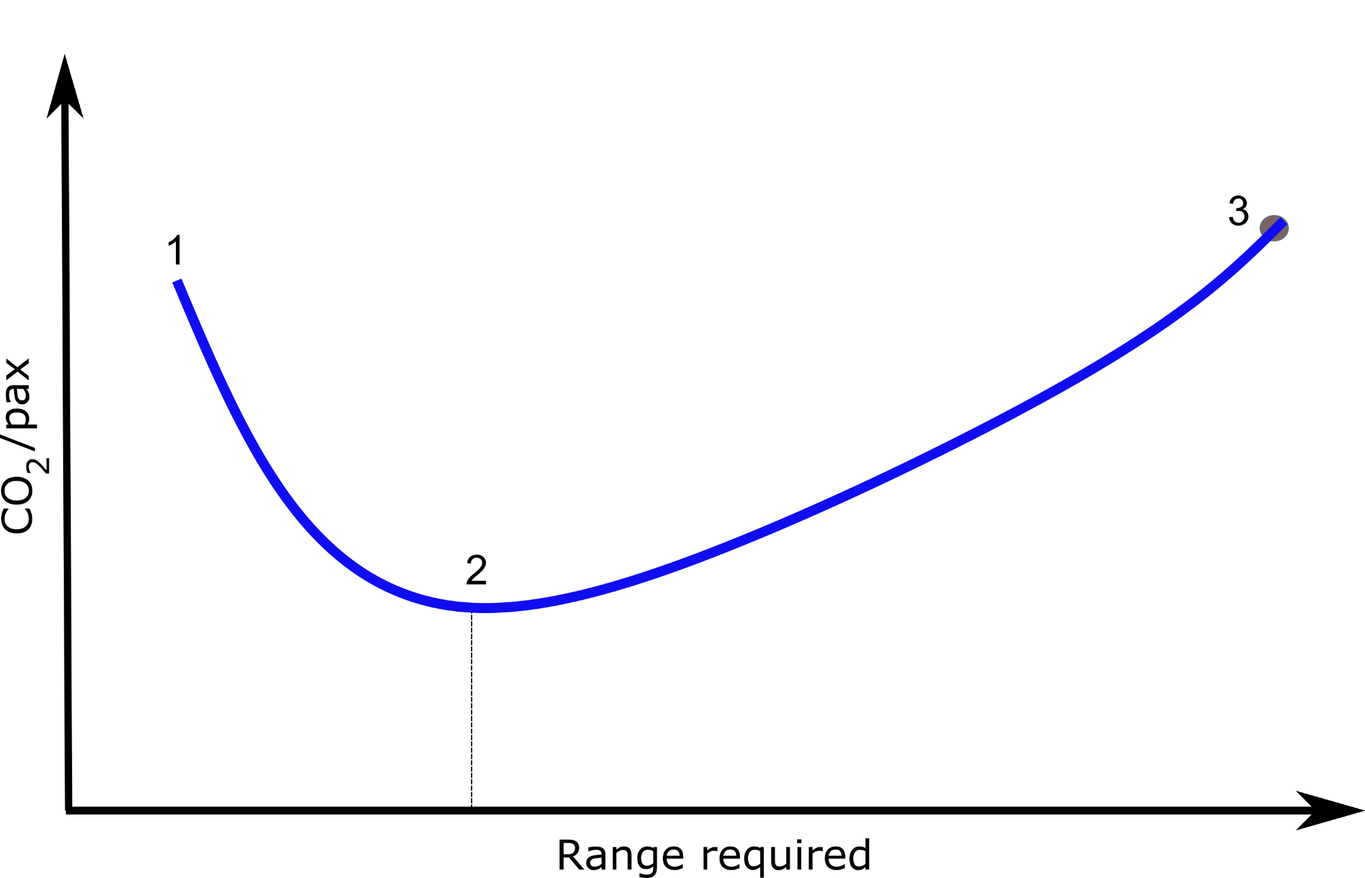 FLIGHT-X will determine the best flight range that will lead to minimum emissions.  A typical emissions report for actual flights of an Airbus A330-343 model is available here. This spreadsheet reports a variery of flight parameters and chemical emissions amounts.

Enquiries
We welcome enquiries to discuss your professional needs, consultancy projects or training.