How do you chooce the best speed?

Unlike road vehicles, whose resistance increases with the speed, modern airplanes have an optimal speed/ Mach range. This concept is explained below with the use of the specific air range (SAR). The SAR is effectively the inverse of the fuel mileage: it is the distance flown by burning one unit of fuel, for example metres/kg, or miles/kg. The higher the SAR, the more economical is the cruise. Therefore, one would think of flying at the Mach number corresponding to the maximum SAR – this is not always the case.

We consider first the effects of gross weight and fixed flight altitude. These are solid black lines indicated by low and high weight in the figure above. At a fixed weight there is a point of maximum SAR: flying at that Mach number secures maximum range, hence the green dot is the Maximum-Range Cruise Mach number (MRM). However, with a small penalty of 1% of fuel burn, the airplane can fly faster at the blue dot at the Mach number called Economic Mach number or Long-Range Cruise Mach number (LRM). This means that the operator is willing to sacrifice a 1% fuel penalty in order to get to destination sooner.

This is a complex decision that depends on the interplay between time and fuel. Flying slower is not an option, because the arrival is late and there is no fuel saving – in fact the opposite is true when engines are powered by the hour. During a long-range cruise, as the aircraft burns fuel, it becomes lighter, and its optimal Mach number needs to be adjusted, following the data in the chart. In some cases, the LRM is nearly constant.

Note that there are similar effects caused by changes in altitude, therefore there will be complex SAR charts depending on all-up-weight, cruise altitude and even OEI situations (OEI = One Engine Inoperative).  In the chart we also show the two extremes of flight. To the left there is the wing stall, and to the right there is the wing flutter that arises at high transonic Mach number. The manufacturer will provide the Maximum Operating Mach number (MMO).

FLIGHT-X will determine the optimum combination of cruise Mach number, cruise altitude and weight, depending on the atmospheric conditions, including winds, as well as the stall Mach and the flutter speed. 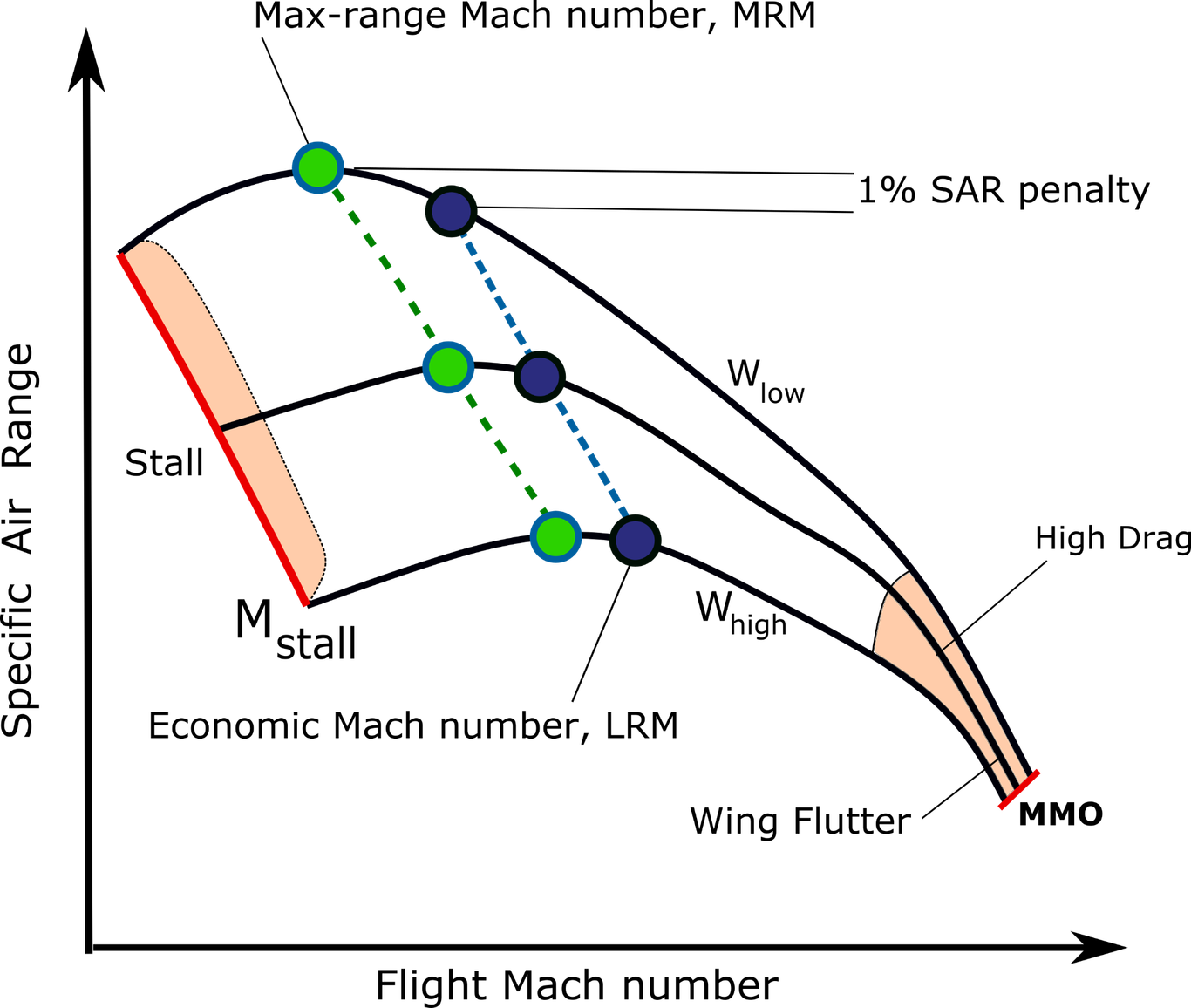 FLIGHT-X will determine the shape of the drag curve up to the divergence Mach number – which will always be subsonic.

Enquiries
We welcome enquiries to discuss your professional needs, consultancy projects or training.